On his way to the battlefield as a “Battle Painter” 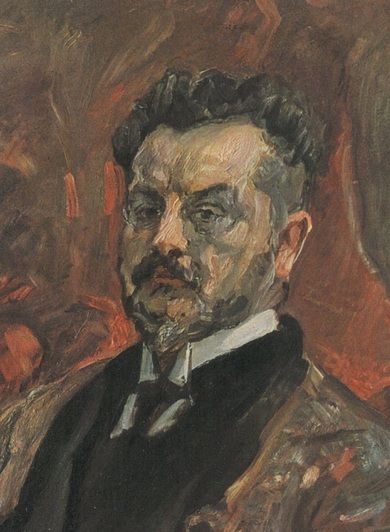 On his way to the battlefield as a “Battle Painter”

And so all that remained as a final, decisive memory from the much-desired participation in the war and from the excited ideas, apart from the human shock and elevation of great moments: the impression of the forward march of fearless, dutiful brothers, the technically strange weapons, the unbelievable effort put in by the pioneers and the alternating improvisations of some coincidences: a world that seemed defiled by blind destruction, like the lush, pure clearing in the forest in which the remains of butter-bread paper, meals, tins are left.

Along with Max Liebermann and Lovis Corinth, Max Slevogt was one of the most important representatives of German impressionism. Slevogt was a member of the artists’ group Berliner Secession.

In October 1914 signed up voluntarily as a war painter to the 6th Bavarian Army at the Western Front. His initial enthusiasm for the war paled, and the physical and psychological exertions took their toll, so that he only withstood a few weeks at the front. Slevogt returned home at the beginning of November.

His War Diary, containing the drawings and watercolours from his brief period at the front in 1914, was published by Bruno Cassirer in Berlin only in 1917. In 1916 Slevogt contributed some lithographs to the anti-war pamphlet published by Paul Cassirer, Der Bildermann. In the portfolio work History he continued to address the horrors of the war.