From enthusiastic war volunteer to pacifist and revolutionary 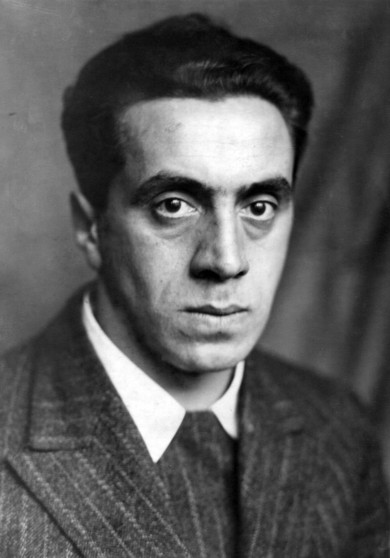 From enthusiastic war volunteer to pacifist and revolutionary

Yes, we were intoxicated by feelings. The words Germany, Fatherland, war, have a magical power when we say them, they do not disappear, they float in the air, circle around themselves, ignite themselves and us.

For the writer Ernst Toller, born on 1 December 1893 in the Prussian province of Posen, the November Revolution was an extraordinarily influential event both politically and artistically.

Toller volunteered for military service in World War I from 1914. While deployed on the front-line, his assessment of the war changed radically into one of rejection and resolute pacifism. In 1916 Toller suffered a nervous breakdown and was discharged from the army. In January 1918, he participated in the Munich munition workers' strike and was imprisoned for several months.

During the November Revolution 1918/19 Toller became involved in various political bodies and in April 1919 was the Chairman of the Central Council of the Bavarian Soviet Republic. As one of the commanders of the Bavarian Red Army he spent ten days fighting against free corps in April 1919. Toller went underground as a result of the suppression of the Soviet Republic. He was arrested on 4 June 1919 and sentenced to five years' imprisonment. After continuing his political and artistic work during the Weimar years, Ernst Toller emigrated to the USA in 1933 where, six years later, disillusioned and suffering from depression, he committed suicide on 22 May 1939.