Everyday Life at the Front 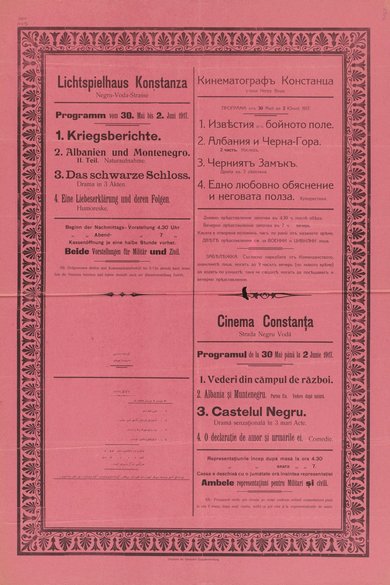 Ev­ery­day Life at the Front

And so one hunches down in the shelter and chats for the sake of chatting, stares into space, thinks of some enticing things, dreams, plays cards and kills time, after having stolen it beforehand from the dear Lord. One sinks slowly and silently into apathy, like in a dark, silent swamp. […] Duty is always the same: standing guard, digging trenches, cleaning rifles, instruction. […] Even such incredible events as grenade attacks and enemy fire, which made such a large impression and were so exciting the first few times – they lose intensity and grow pale. […] That is the process of stupefaction, the grind of stationery battle.

Franz Schauwecker, The Front Book. The German Soul in the World War, 1927

Life beyond the events of battle was dominated by monotony and boredom. For many men, sleep and exchanging letters with home were the most important ways of spending time whenever the noise of war went silent for a few days.

In order to make the time more pleasant and entertaining, soldiers often reverted to the diversions that they knew from peacetime and created their own recreation, both at and behind the frontlines. Field bookshops supplied the soldiers with literature, sports grounds served to provide physical exercise after days spent waiting in the narrow holes and trenches. Competitions were intended to foster a sense of community, and the latest motion pictures and plays were also brought to the front. Prostitution also flourished, and many soldiers drowned their constant worries about their own lives and those of their loved ones with excessive alcohol consumption.