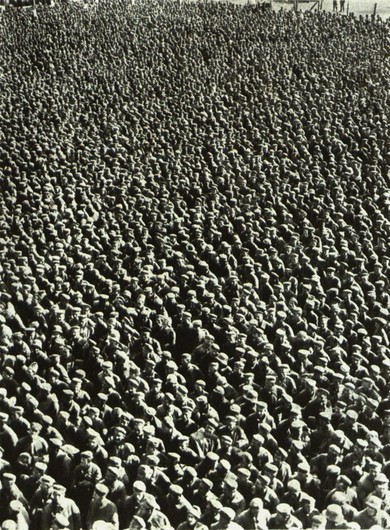 After a march lasting many hours we arrived at a large camp with tents. […] The floor was swampy, there was nothing inside, no blanket, no board, no straw. It was one of the many so-called hunger camps directly behind the front. […] One could either sleep standing up or lying in the swamp. […] Each tent received a large bowl of food three times a day. The bowls were placed on the ground, the eight men had to lie around them on their stomach and slurp from the bowls, like dogs.

In many of the countries that went to war, the military authorities assumed in the summer of 1914 that it would be a short war, so that hardly any preparations were made for accommodating a large number of prisoners of war. The German military leadership, for example, expected the number of prisoners to be accommodated to be no more than 160,000 men, basing their estimate on the experience of the Franco-Prussian War of 1870/71. But by the turn of the year 1914/15, the German authorities were already housing 577,875 prisoners of war.

This significant misjudgement resulted in some countries in catastrophic conditions in the camps. The lodgings were infested with vermin and there was a lack of sanitary facilities and medical care, so that epidemics such as typhus and dysentery soon spread in the makeshift tent camps in the German Reich, for example, and Russia. The first winter of the war therefore already witnessed many deaths.

The prisoners were first housed provisionally. In Germany these were tent camps, while in Great Britain the soldiers had to sleep in unheated horseboxes or straw. Later the prisoners were accommodated in old wooden barracks, on firing ranges, or on ships.

During the course of the war, the captured soldiers were forced to work in all countries except Japan. From that point on they were deployed in particular in agriculture, mining and industry. In Russia, the construction of the Murman Railway was considered to be the hardest fate among the prisoners of war. However, officers received special treatment. According to the Hague Conventions of 1907, they were not allowed to be forced to work.

Life in the camps was dominated by monotony, boredom and homesickness. In order to avoid this “barbed wire illness”, the prisoners developed a lively social and economic life within the fences. They founded sports groups, started vegetable gardens, ran bakeries and restaurants and held livestock. Furthermore, they could use their money not only to make purchases in the canteen, but also from local traders.

Theatre groups were established to provide cultural edification. Puppet shows and choirs, as well as a camp orchestra enriched the programme. The premiere of Beethoven’s 9th symphony in Japan was given by the Bando camp orchestra. Prisoners with the required qualifications organised lessons and educational events for their comrades, for example on East Asian culture. Publishing flourished in camp printing works, which produced their own newspapers and books.

In all, around eight million people ended up as prisoners of war between 1914 and 1918. The chances of survival depended greatly on where the soldier came from, which country took him prisoner, and in which camp he was ultimately placed. For many soldiers, especially those from Russia and the Central Powers, their captivity ended only in 1922. 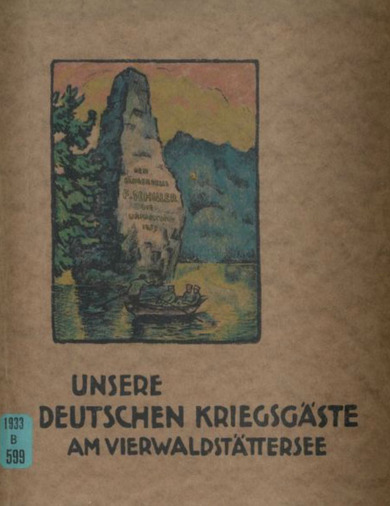