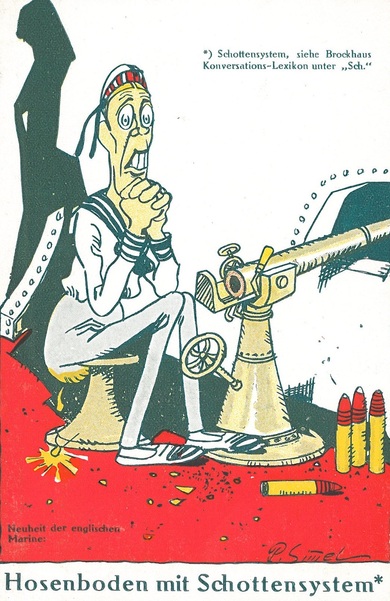 Just received the order: Battalion get ready to march: Where to? Nobody knows … You’ll hear from me …

Along with letters, postcards were an essential means of communication between the front and home. Millions of dispatches were conveyed by field post during the First World War. Most of the postcards were picture postcards, whose motifs ranged from sweet kitsch, to clumsy war propaganda, frivolous women in uniform to realistic scenes from everyday life at the front (Thomas Flemming, Grüße aus dem Schützengraben [Greetings from the Trenches], 2004). However, the motifs were subject to increasing censorship. The soldiers could buy postcards in field bookshops or small sutlers’ stores, or new cards were included in packages from home.

Picture and field postcards were removed from the War Collection of the Deutsche Bücherei as early as 1921. It is not known where they ended up. However, a bundle of postcards from the British prisoner of war camp at Knockaloe (Isle of Man) has been preserved. Some of the cards are not printed, but were drawn by hand and are sketchy in nature.