Inventory of the War Collection in 1922 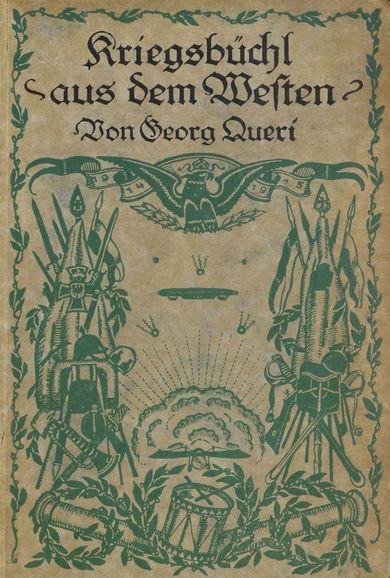 The list of acquisitions, which was maintained from 1914 until 1919, registered all printed matter that was not procured via usual bookseller routes, while the literature that was published by publishing houses was integrated directly into the inventory of the library.

Depending on their type, the items in the War Collection were inventoried and kept in folders or capsules. The original records, which comprised 14 volumes and listed photographs, posters, food stamps and token money, among other items, no longer exist, so that reliable information about the total stock is limited. The overall extent of the collection was probably between 55,000 and 58,000 items, although it is uncertain whether further incoming material continued to be inventoried after the dissolution of the collection (1922).

According to Albert Paust, by 1921 the World War Collection encompassed almost 35,000 books and brochures, as well as 1,300 war maps, over 600 war newspapers and magazines, more than 600 music sheets and around 15,000 posters and 150 flyers, all of which were recorded in the World War Catalogue (some separately). It remains unclear how much material was removed from the library at the beginning of the 1920s and transferred to other special German collections: food stamps, token money, photographs and postcards. 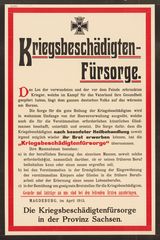