In August 1914 many believed that the war would end quickly and victoriously. Thousands of appeals claimed that victory was within reach. Thus many newspapers, books, flyers, photographs, posters, diaries and other printed material detailing the events of the war began to circulate, and soon became collectors’ items. In Germany, too, society was mobilised for victory by complex and varied propaganda and showered with a “barrage of printed paper”. In order to document this “great time”, many archives, libraries and scientific institutions in Germany felt obliged to preserve for future generations the many and varied contemporary documents that were generated by the war. 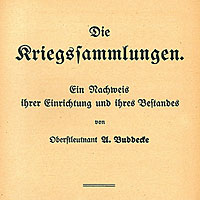 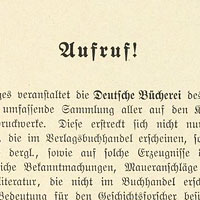 The War Col­lec­tion of the Deutsche Bücherei 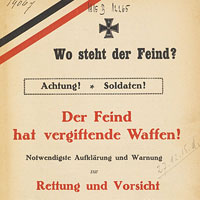 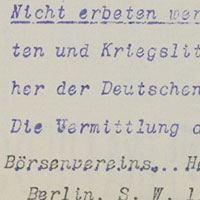 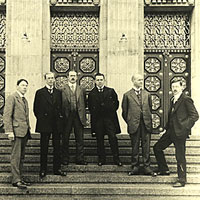 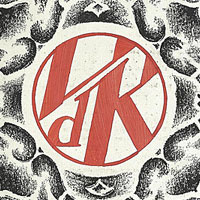