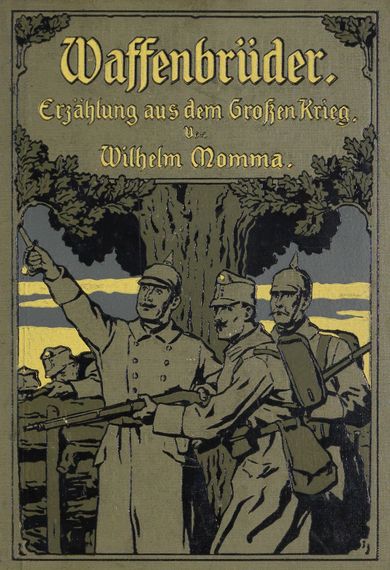 Only war literature will do. I get only a tenth of normal turnover from the other books I publish.

The publisher Eugen Diederichs to the writer Alfons Paquet, 27 January 1915

The First World War was marked by a veritable flood of paper; no wonder that one often hears of “storms of paper” and a “barrage of printed paper”(Paul von Hindenburg).

As well as a large number of war novels, war stories, diaries, collections of war poems and letters, there were also countless speeches, flyers, manifestos, memoirs and collections of sermons.

For the literature published in the war, everyday wartime life was less interesting than the depiction of outstanding events of the war, which were suitable for the formation of symbolism and mythology, such as the battles of Skagerrak, Langemarck, Tannenberg, Verdun and the submarine battles.

It was most important to provide as authentic a picture as possible of the events of the war by means of simple and unadorned descriptions in a suitable form, e.g. letters, diaries and war reports.

The glorifying tone of the literature changed in line with the increasing disenchantment about the course of the war from 1915. However, the presentation of the negative consequences of war was suppressed by means of extensive censorship on the part of the military authorities.