The development of modern mass media, such as newspapers, posters, photography and film, was accelerated by the war and used for propaganda purposes. For the first time, the telephone was used as a means of communicating the events of the war. Handbills posted on walls helped to spread the constantly new reports about what was happening in the war. The mass use of airborne flyers as a targeted means of psychological warfare was new. Soldiers wrote countless letters and postcards home and received just as much post from their loved ones. Keeping war diaries also quickly became popular. Books and magazines in particular were subject to systematic censorship. 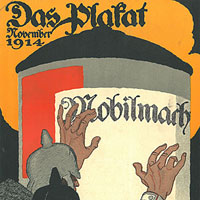 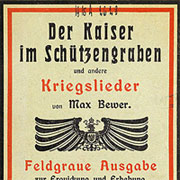