Societal changes after November 1918 were profound. Beyond losing the First World War, the population was faced with a heavy burden. Flyers pinned to the walls bear witness to food shortages. Posters summon workers to strike against shrinking pay. Leaflets announce the end of the monarchy and the beginning of the rule of the Councils. Some posters warn against Bolshevik ideas; others call for political education. Whereas unrest only seemed to have subsided after the Treaty of Versailles and the adoption of the Weimar Constitution, the radicalisation of society, which already had begun during wartime, continued. 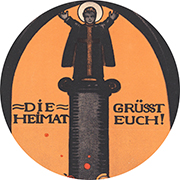 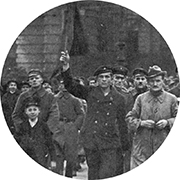 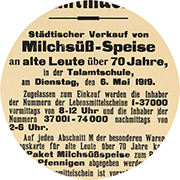 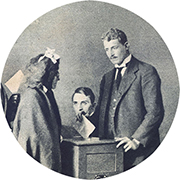 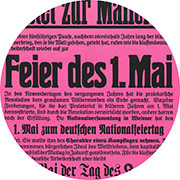